Series of the lotus sutra manuscript

Since 1997, in cooperation with prominent experts and scholars and with various institutions from around the world that preserve precious Lotus Sutra manuscripts, the Institute of Oriental Philosophy (IOP) and the Soka Gakkai have been involved in publishing the Lotus Sutra Manuscript Series, including facsimile editions and romanized texts, which help promote Buddhist studies and in particular further studies of early Mahayana Buddhism centering on the Lotus Sutra.

Effort for guarding the Petrovsky Manuscript

Sanskrit Lotus Sutra manuscript
(What is Petrovsky manuscript)
In 1892 the Russian consul general in Kashgar the city of Xinjiang China, Nikolai Petrovsky obtained. At the time, it was the time of each country to send an expedition to Central Asia. Petrovsky collected at the Russian Imperial Command and sent to capital Saint Petersburg. It’s used to published to the Kern-Nanjio edition by St. Petersburg at 1908–1912. It’s view to very important manuscript because excavate to Central Asia and passed down for a long time. 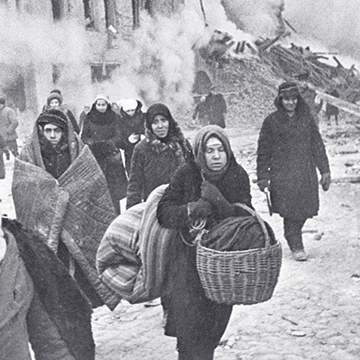 People fleeing from the fierce bombardment 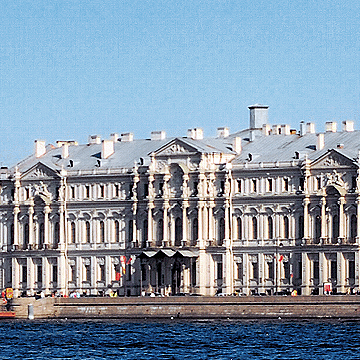 The present building of the Institute of Oriental Manuscripts in St. Petersburg

Two people saved the Lotus Sutra manuscripts
Dr. M. I. Vorobyova-Desyatovskaya from the Institute of Oriental Manuscripts described the situation: “During those 900 days, two people—a man and a woman—guarded the manuscripts of our institute with all the might they could muster. In order to ensure that no harm should come to the manuscripts, stored as they were in the basement of our building, from time to time they opened the boxes and aired them, and looked after them with infinite patience. The fact that these texts of the Lotus Sutra remained unharmed was due to the efforts of these two!”

—Translated from the February 17, 1996, issue of the Seikyo Shimbun, about the meeting between Dr. Vorobyova-Desyatovskaya and SGI President Ikeda held in Tokyo, February 16, 1996

One million people lost their lives due to bombardment and starvation

During World War II, the armies of Nazi Germany surrounded Leningrad (present-day St. Petersburg), where the Institute of Oriental Studies of the U.S.S.R. Academy of Sciences (presently Institute of Oriental Manuscripts of the Russian Academy of Sciences) was located, for a period of 900 days (September 1941–January 1944), cutting off supplies of food and fuel. It is said that as many as a million persons lost their lives due to the intense bombardment and the starvation and bitter cold that prevailed. But people of the city united, endured the fierce attack, fought back and survived.