Series of the lotus sutra manuscript

Since 1997, in cooperation with prominent experts and scholars and with various institutions from around the world that preserve precious Lotus Sutra manuscripts, the Institute of Oriental Philosophy (IOP) and the Soka Gakkai have been involved in publishing the Lotus Sutra Manuscript Series, including facsimile editions and romanized texts, which help promote Buddhist studies and in particular further studies of early Mahayana Buddhism centering on the Lotus Sutra.

A map of Versions of
the Lotus Sutra and Other Scriptures

Silk Road:The Route for the Transmissionof the Lotus Sutra
In Central Asia, many places became places of encounter between peoples. Various ethnic groups travelled along the Silk Road and other major routes. They spoke manifold vernacular languages. Buddhist scriptures including the Lotus Sutra were translated into their respective tongues and spead over the areas along the Silk Road. Scaling the towering Karakoram Range and traversing the burning Taklamakan Desert, the scriptures were transmitted to China, and further to the Korean Peninsula and Japan.
It was 'a man' who overcame countless hardships and chose 'Dharma'. There was a people who found simply happy and peace everywhere. Lotus Sutra that "Anyone must be a Buddha, no matter what the situation" overflowed as the sun with the light of hope in the hearts of those people. In that sense it’s also introduction road of Lotus Sutra that introduction road of Hope. 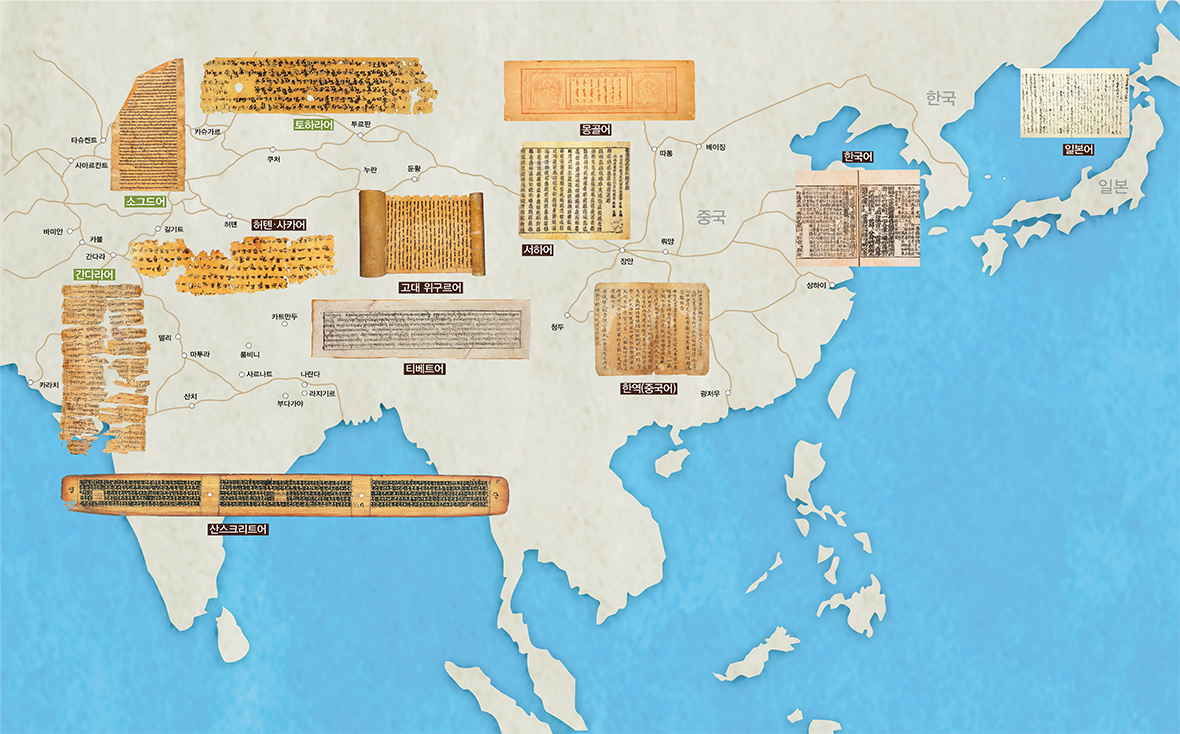 Silk Road etc highway《Lotus Sutra》Buddhist scriptures except 《Lotus Sutra》
Manuscripts of Lotus Sutra in various languages are found or preserved in various places.
The translated area is not known because the place obtained is not necessarily place found.
This is only approximate image map